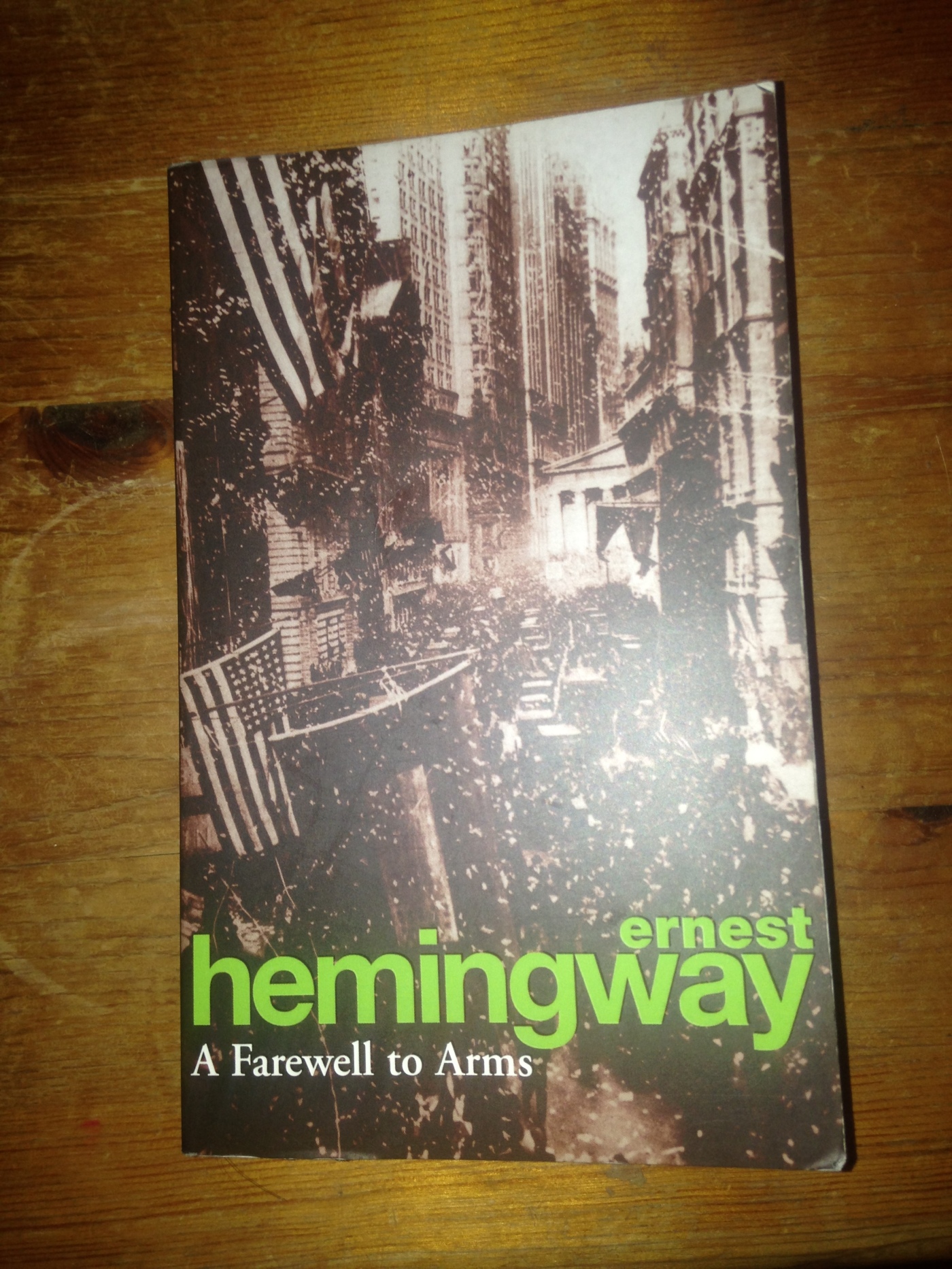 Standing in Waterstones I glance across the shelves looking for the American novels my English teacher suggested the class read for a comparison to The Great Gatsby. At first the prospect of reading a book similar to Fitzgerald’s glitzy glam masterpiece is exciting. Quickly I grasp that most of the books on the list are about the tragically boring failures of farmers or the tragically boring deaths of war heroes – not my kind of literature. I choose Hemingway’s A Farewell to Arms as I’m a sucker for a good romance and it doesn’t look too tedious.

Hemingway achieves the impossible and actually manages to engage me in the First World War- a feat all others have failed in up until now. His cynical yet witty tone is artfully inserted into the narration of Fredric Henry making the book compelling and fast paced rather than the dreary work I half expected. The lieutenant’s experience in the Italian ambulance service is loosely based on Hemingway’s own in the war and this is evident from the authentic narrative, which places the reader inside Henry’s world. Hemingway excels in displaying the soldiers’ comradeship and love for one another shown particularly through Henry’s friendship with the cheeky and charming Rinaldi who brings a much needed light heartedness to the novel.

However as I previously mentioned the story of the heroic solider is not what drew me towards A Farewell to Arms. The relationship between Henry and English nurse Catherine Barkley is the one of the most peculiar and heart breaking I have ever read about. Despite the stilted dialogue and unconvincing declarations of love (see the laughable: “You don’t have to pretend you love me. That’s over for the evening.”) a truly beautiful romance blossoms. I will warn you though that like the majority of the novels from the Lost Generation crowd this hasn’t got a Waltz Disney ending. In fact you may want to grab a hanky.

In retrospect Hemingway’s novel is not obviously similar to Gatsby; however, the kindred themes of the American Dream, attitudes towards war, money, and doomed love run through both novels making it an interesting book to analyse. I’m very glad I erratically chose A Farewell to Arms because although, no, it isn’t as theatrical as Fitzgerald’s work there’s a simplicity to it that is marvellous.